Genelle Williams and Corey Sevier will feature in the romantic comedy Christmas On Mistletoe Lake, which will air on the Lifetime network in 2022.

Reilly Shore, played by Genelle Williams, is the main protagonist of this motion picture. She typically chose an unplanned location to go on an exciting excursion, and this time she found herself in Mistletoe lake. She discovered upon arrival that she was unable to obtain a lodging owing to the annual Christmas Harbor Festival that was taking place in the town.

The boat that Emma’s dad owned was where Reily slept. Raymond Mitchell, the figure who was found, is in the process of selling his boat and therefore cannot participate in the festival. Robin Dunne is credited with both writing the screenplay and directing the film.
Lifetime’s Christmas On Mistletoe Lake Cast Members

Corey Sevier and Genelle Williams are the two main actors in the Christmas On Mistletoe Lake cast. Hattie Kragten, Bardon Ludwig, and Jane Moffat are the actors who play supporting roles. 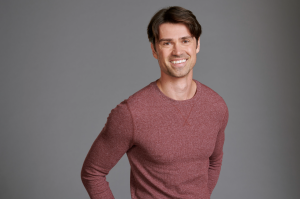 In the Christmas on Mistletoe Lake, Servier left an effect on the audience. On the show, he plays the role of the primary male protagonist. As Reily (Genelle Williams), who did not have a place to stay in the town, he offered for her to remain in his boat instead of staying there.

He is currently helping to prepare the movie to go into production, which is called Dark Christmas. It has been said that he will be playing the part of Balthazar in the movie. Both Christmas Plus One and Key to Love featured the actor in starring roles.

In addition to that, Servier has a history of appearing in multiple Christmas films. He played the role of Darcy Hawkins in It Takes a Christmas Village, Matchmaker Christmas, Grounded for Christmas, Four Christmases and a Weeding, The Tree That Saved Christmas, A Star for Christmas, and a number of other holiday-themed films.

At the age of six months, he made his debut on the modelling scene as a baby. At the age of seven, he made his first appearance in a professional capacity, starring opposite Angelica Houston and Sam Neill in the ABC miniseries Family Pictures. 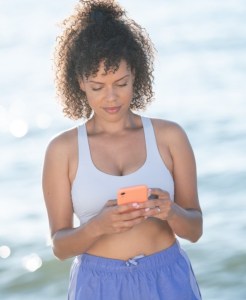 In the film Christmas On Mistletoe Lake, the leading part was played by the Canadian actress Williams. She appeared as Reily, who was now in the area of Mistletoe Lake but had nowhere to lay her head for the night. As a consequence of this, she solicited Ray’s assistance and worked alongside him to refurbish the boat in preparation for the Christmas Harbor Festival held in the city.

She is a well-known actress whose roles in films such as Orphan, ‘It’s a Boy Girl Thing,’ The Incredible Hulk, and Spiral have earned her recognition. The actress has also worked in a number of other Christmas films in addition to this one.

Hattie Kragten
In the Christmas On Mistletoe Lake episode of the lifetime movie franchise, Kragten portrayed the character Emma. Emma, who is 12 years old, is the one who extended an invitation to Reily to spend the night on the yacht that her father owned. The performance of the actress in “Incorporated,” “Christmas at Grand Valley,” and “Backstabbing for Beginners” brought her a lot of attention.

Both the pre-production television short series SMASH! and Book Hungry Bears are Hattie’s current areas of focus in her career. In the television series “The Soluntioneers,” she was cast as the character Riley.

Brandon Ludwig
Doug was portrayed by Ludwig in the Christmas on Mistletoe Lake television special. In the upcoming film Doug, which will be released in 2020, the actor will appear as Doug in six different episodes. A Candlelit Christmas, A Night of the Undead, A Snowy Christmas, and The Enchanted Christmas Cake are some of the recent films in which the actor has appeared.

The actor, who was born in Kitchener, recently appeared as Brad and Landon, respectively, in the post-production movies Making Scents of Love and The Dummer. In the film Programmable Dreams from 2007, Ludwig made his first appearance in the world.

Jane Moffat
In the film Christmas on Mistletoe Lake, Moffat gave a memorable performance as Emaline. The performance of the actress in Code 8: Part II, Mary Kills People, and Mama are what brought her to public attention. During the year 2022, the actress appeared in the films Essex County, Christmas Plus One, Christmas in Toyland, and On a Quest.

In 2018, Moffat appeared in the television movie Entertaining Christmas in the role of Liz Livingstone. She played the role of Amanda Sage in the film Christmas Incorporated, which was released in 2015. In addition, the actress had her first appearance on the small screen in the television movie titled Woman on Trial: The Lawrencia Bembenek Story.

Other members of the cast are as follows:

Hilary Kerr and Maher El Hares serve as the server.

Stacey Hersh, Justin Yaroski, Sheldon Ludwig, Sarah Nicole Land, Dairen Gomez, Ashley Bull, Amanda Cassel, Carolyne Chartrand, and a number of other people are among the team members that are working on the movies.

Natale a Mistletoe Lake is another name for Christmas On Mistletoe Lake. Both names refer to the same event. The journey that Reily goes on to start the novel is an exciting one. Interior designer Reily accepted Ray’s assistance in order to remain in the Mistletoe Lake community after she unexpectedly found herself in the village of Mistletoe Lake during the holiday season.

Emma, Ray’s daughter, was upset after hearing the news about her father’s boat, so she approached Reily for assistance in persuading her father to take part in the festival. Emma dreams of spending her final Christmas on Mistletoe Lake surrounded by family and friends.

Some FAQs
Who is the cast of Christmas On Mistletoe Lake?
Corey Sevier, Genelle Williams, Hattie Kragten, Bardon Ludwig, and Jane

Christmas On Mistletoe Lake features Moffat as a member of its cast.