Take COVID-19 vaccination to save your life – Oyetola tells Muslims

Headlines Health How to Politics

Business Headlines Health How to Metro

Celebrity Headlines Health How to Metro

Worlds Oldest Wild Bird Give Birth To A Chick At Age 70. Wisdom, the albatross, the world’s oldest known wild bird, has given birth to a chick at the age of 70, announced the US Fish and Wildlife Service (USFWS).
According to the USFWS, the Laysan albatross hatched the chick on February 1 at a wildlife refuge in the North Pacific Ocean.

Laysan albatrosses generally only live between 12 and 40 years.

Although Wisdom hatched her chick in February, the birth, which took place at the Midway Atoll national wildlife refuge on a minor US outlying island in the North Pacific, was only reported this week. 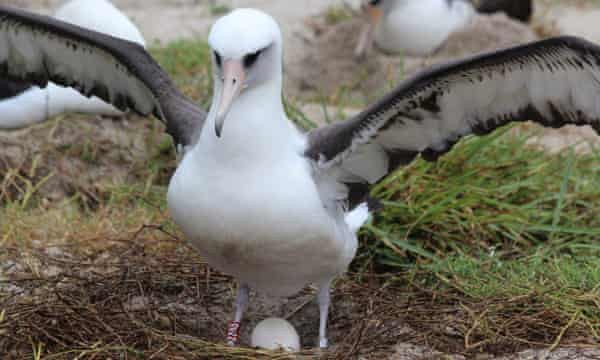 “Wisdom laid her egg sometime during the last days of November,” the USFWS wrote in its statement announcing the new arrival.

The calf’s father is Wisdom’s partner, Akeakamai, with whom he has been since 2012, US wildlife officials said.

Albatrosses generally mate for life, but wildlife officials believe Wisdom had other partners in the past who are now dead.

The USFWS believes it has had at least 30 to 36 chicks in its lifetime, which is remarkable because albatrosses only hatch one egg every few years.