The National Chairman of the Peoples Democratic Party, PDP, Senator Iyorchia Ayu has returned to Nigeria from the United Kingdom after a short vacation.

Recall that Ayu jetted out of the country on June 21, 2022, for a short vacation after the hectic party primaries and nomination processes.

While he was away, some party members called for his replacement, on the account that the Presidential candidate, Atiku Abubakar is a northerner like the Chairman.

Ayu, who touched down at the Nnamdi Azikiwe International Airport, Abuja, Friday morning, commended the PDP Deputy National Chairman (North) Amb. Umar Damagun who held forth while he was away. 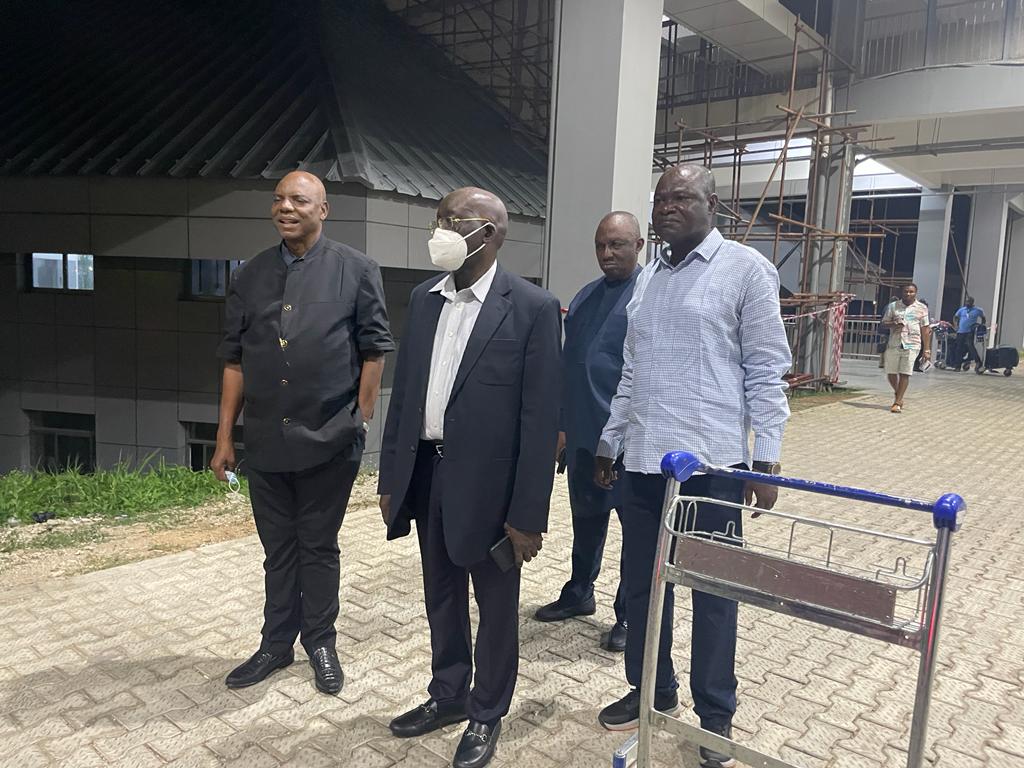 A statement by Special Assistant to the National Chairman on Communication and Strategy, Simon Imobo-Tswam, further explained that before travelling out, the PDP national chairman had handed over to the most senior member of the party’s National Working Committee (NWC) Amb. Umar Damagun, who is the Deputy National Chairman (North).

The statement partly read “besides handing over the deputy chairman (North), Ayu also notified the Independent National Electoral Commission (INEC) of his brief vacation and the temporary handover to Amb. Damagun in acting capacity.

“Ayu salutes Amb. Damagun for running the party most admirably in his brief absence, and thanks the National Working Committee, as well as party faithful across the country for giving the deputy national chairman unqualified support while he held forth for him”.