“I will not play any intimate role my husband won’t approve of” – Actress, Tayo Sobola

"You're a fool" Rapper, Vector tells those accusing him of mocking Dare Adeboye's death with his tweet

‘Nobody Can Breaks My Heart, I do the Breaking’ – Ghanaian Actress Nadia Buari Says (WATCH VIDEO)

"This is insensitive" Rapper, Vector, called out for tweet he shared in the wake of Pastor Dare Adeboye's death

Nollywood actress and producer, Tayo Sobola revealed in an interview that she will not act any intimate role with the opposite sex if her husband doesn’t approve of it.

According to her, even before getting married, she was selective about the kind of roles she partakes in as they never aligned with her belief. She made this known in her recent interview with Saturday Beats. 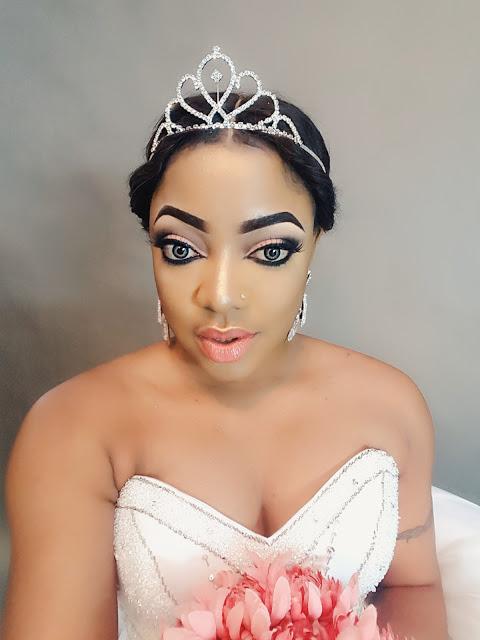 Here’s what she disclosed;

“Even before I got married, I was selective about the kind of roles I portrayed as an actor. My husband is quite understanding and he knew I was a filmmaker before we got married. However, as a respected wife, I would not play any role that my husband won’t be happy with, such as being too intimate with the opposite sex.

It has been a sweet experience since the day we started dating till now that we are a married couple. Obviously, there will be ups and downs, just like in any relationship, but we are mature enough to handle things.

I had known my husband for about seven years before we got married and I am still the same person. I usually call myself the ‘lane minder’. The most important thing is that being married attracts a lot more respect than when I was single. It is a phase in life and we are flowing gradually with it.

I believe the palace saw some qualities in me and deemed it fit to give me the title. According to the Emir of Uke Kingdom, his father’s twin sister was the first person to be bestowed with that title and since her demise, no one has been given that honour. I am more or less a role model to women in that community.”

READ   “We’re Finalists, We Don’t Roll With People That Have Been Disqualified” – Laycon Mocks Erica (WATCH VIDEO)
Source:  www.pressinformant.com
Related Topics:
Up Next

“A man who doesn’t spend time with his family is not a real man” – Actor, Junior Pope