10 Most Powerful Symbiotes in the Marvel Universe [Ranked] – .

When symbiotes get into the host’s body, they enhance the power of the host’s natural abilities to such an extent that they become extraordinarily powerful than other normal individuals in his surroundings. Below is the all marvel symbiotes list, all symbiotes names, and descriptions from the marvel universe. 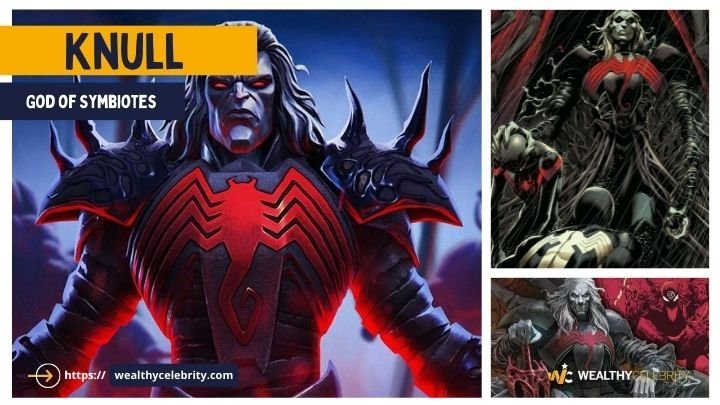 Knull is the oldest, evil, and most powerful entity, also known as the “God of Symbiotes”; moreover, he is also considered the originator of the class of symbiotes. He is the creator of the symbiote sword popularly known as “All Black” in the head of a dead Celestial, later referred to as Know here. The basic aim of the evil Knull was to slaughter or murder other cosmic gods; he discovered that he could easily produce, generate and command the symbiotes’ army without the power of his sword.

Apart from controlling the army of symbiotes in Venom movie without any sword or weapon, Knull also possesses the powers and durability of superhuman; moreover, he can survive for billions of years without any nourishments or food. The powers of Knolls are at their peak in the dark; however, the presence of more light, particularly the cosmic light, creates difficulty for the villains like Knull. Overall, Knull is the super symbiote without any limits or barriers. 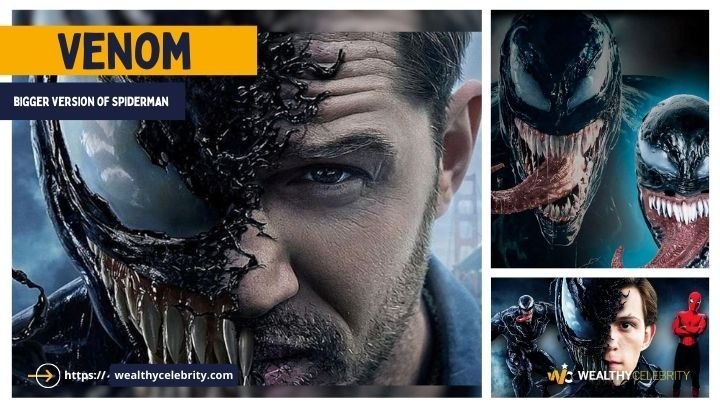 Venom is one of the original and most popular symbiotes among the all marvel symbiotes list. It is one of the most powerful even than the strongest man in the world. Venom has appeared as a hero, a nasty creature, and showed all the traits between the hero and villain. Among the other members, the character venom is well-formed and developed in mental and emotional traits. The journey of this symbiote, Venom, advanced over time from being a horrible alien parasitize to an understanding and kind character whose mission is to achieve and gain acceptance.

Venom symbiotes are the only symbiote that is earth-based. It is an intelligent, sensible, and experienced symbiote compared to the others. The main fame of Venom occurred when this symbiote served as a better and bigger version of Spiderman. The power level of this symbiote has also remained constant as it moved to numerous hosts. 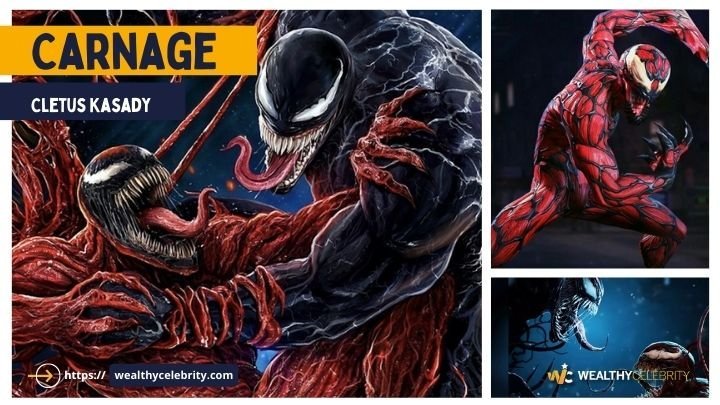 Carnage is considered the cruelest, brutal and dangerous among all the Earth-based symbiotes of Marvel. Initially, Carnage was a serial killer called Cletus Kasady, and since then, he has been plagued by the evil of its initial host, Kasady. Owing to this initial merging with Kasady, the destructive evil trait has been built in the Carnage, which he carried out in all his other hosts.

Carnage has more strength than Venom technically, as each version of symbiotes improves compared to the previous ones; however, this strength also turned out to be the weakness of Carnage as he was frequently manipulated. Carnage, however, possesses some extra abilities, among which one was that he shrank itself into a subatomic state first then expanded itself to affect numerous hosts simultaneously. That is why red symbiotes are stronger. 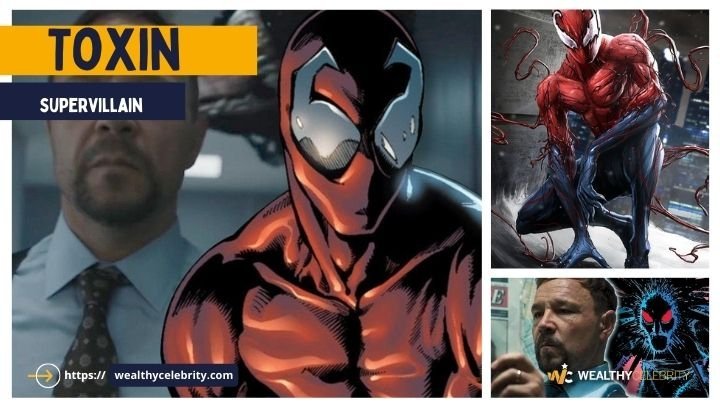 A toxin is an offspring of Carnage that has been sometimes considered a superhero, whereas sometimes it’s seen as a supervillain in all marvel symbiotes list. Excluding Knull, Toxin was suspected to be the most powerful and dangerous of their species by Carnage and Venom. Therefore, Carnage wanted to destroy the existence of Toxin as he was afraid that he would dominate him; however, Venom aimed to train, teach and guide Toxin, to produce a more powerful hero. Soon after the birth of Toxin, he united with Pat Mulligan.

The Toxin was supposed to possess greater skills and capabilities than Carnage and Venom; however, due to the lack of experience of both the symbiotes and the ineffectiveness of the host of Toxin barred Toxin from achieving this skill. 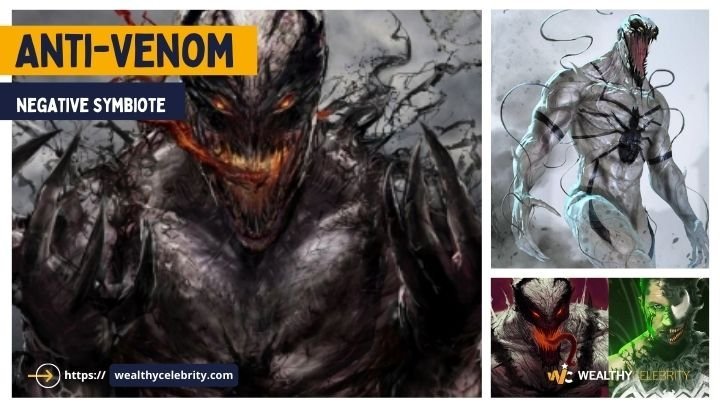 A “negative symbiote” known as Anti-Venom, was created by a gang leader of criminals, Mr. Negative, as he triggered the offcuts of aliens in Eddie Brock’s bloodstream, who got separated from the Venom symbiote and met Mr. Negative.

When Brock became anti-venom, he displayed abilities that were completely different from the traits of the Venom symbiote, like creating antibodies that can heal any ailment of other foreign bodies or filths inside the human body. The symbiote anti-venom was devastated when it was used for the cure of Spider-virus. 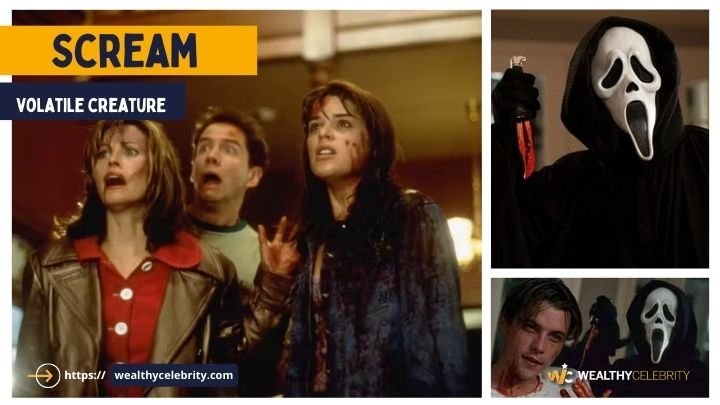 Scream is among the five life foundation symbiotes, and it was the only one in the group which did not become part of the compound entity, called Hybrid. Rather, the Scream and its host Donna created their entity. With time, the mind and soul of Donna merged with the rawness and childish attitude of the symbiote, which gradually transformed Scream into a volatile creature.

The scream symbiote provided its host with the power of superhuman strength, superhuman toughness, spider-sense, and webbing generation, to name a few. 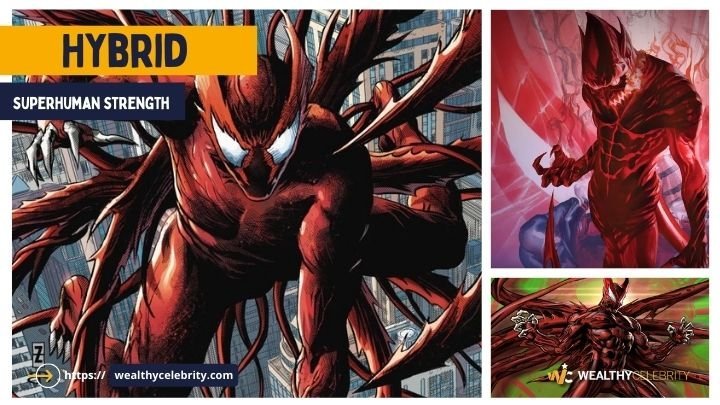 Eddie Brock and Venom threw a psychic scheme to remove the symbiote invaders. Four symbiotes, namely Riot, Phage, Lasher, Agony, bonded together to last and survived and fused into a gestalt symbiote which was given a name called Hybrid. 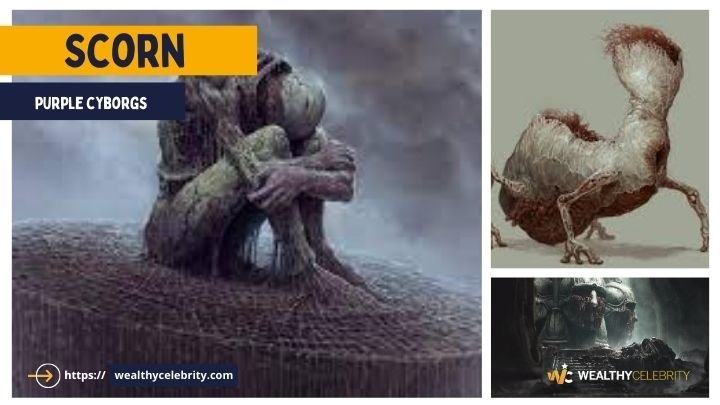 Scorn is one of the first purple cyborgs among its species. It was developed when a piece of its parents, the Carnage Symbiote, was eventually joined with a mechanical prosthesis in the missing arm of Dr. Nives. Since this scorn Symbiote was generated due to experimental fusion of the biology of aliens and the technology of Earth, the Scorn comprises the powers to combine and interface with computer systems. 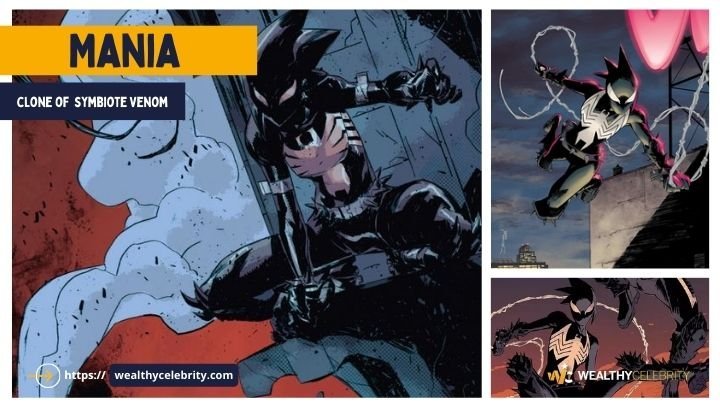 In technical terms, Mania is not a symbiote in itself. It is a clone of the symbiote Venom, created by Ararat Corporation through the fragment of tongue. After frightening and abolishing the scientists the Venom clone ultimately lost by real one.

Mania possesses the powers such as superhuman strength, superhuman durability, and wall-crawling. Spider-sense. 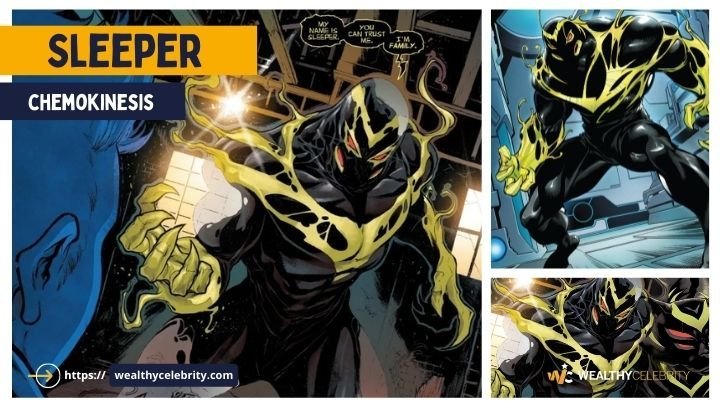 Sleeper is the latest addition in the all marvel symbiotes list of Marvel Comics, which is the result of critical and unexpected pregnancy; it is the seventh offspring of the Venom and thus bears numerous abilities of its ancestors, including concealment and webbing generation.

The process to reveal the unique abilities of the sleeper is under observation which will soon uncover that the sleeper has extraordinary abilities of chemokinesis, which permits it to produce numerous liquids and gasses with a variety of effects. Sleeper also possesses the capability of Augmented Visual sense.

Since 1988, dozens of different male and female symbiotes have appeared in many Marvel stories. Where this alien goo primarily found was also thoroughly investigated, eventually we explored planet of the symbiotes – Klyntar. Marvel disclosed this secret that symbiotes were formed by Knull to capture this universe.

Just like human beings we found this fact symbiotes have found with different strength and powers. This is the reason we are sharing with you the 10 most powerful symbiotes from the universe of Marvel, who will almost certainly release the anger of the Klyntar.

Q. What are the Top 5 strongest symbiotes?

A. Knull, Venom, Carnage, Anti-Venom, and Sleeper are the top five strongest symbiotes of all time.

Q. Who is the Famous symbiote of all time?

A. Eddie Brock’s epitome of Venom might be the most famous symbiote in the Marvel universe.

A. Venom is one of the best and strongest symbiotes who appear in Spider-Man’s movie.

Q. Who is more powerful, Carnage or Venom?

Q. How powerful are symbiotes?

A. A symbiote is very powerful as they form a symbiotic bond with their hosts, through which a single entity is made. They can change their hosts’ characters by controlling their most dark desires, strengthening their physical and expressive qualities and nature, thereby giving them super-powerful abilities.

Q. What symbiotes are in Venom movie?

A. There are five symbiotes as the best results of experiments. These include Riot, Scream, Agony, Lasher, and Phage.