Those who believe young people cannot be wealthy legitimately, might never be wealthy - Comedian Zic Saloma

Those who believe young people cannot be wealthy legitimately, might never be wealthy – Comedian Zic Saloma. Instagram comedian, Zic Saloma has raised an alarm over a weird trend he claims he’s being tagged to on Twitter.

According to the comedian, the trend reads “90% of males actually think a young person cannot be wealthy legitimately -especially comedians.”

Saloma stated that people who think that way might never be wealthy, because one can’t pursue what doesn’t exist.

Drawing a comparism with his recent trip to South Africa to the situation in Nigeria, the comedian said people approach him to learn how to build their YouTube and online presence because they know fame can be monetized.

Saloma added that in Nigeria, he get comments like “Oga, una never talk watin dey really give una money”“. 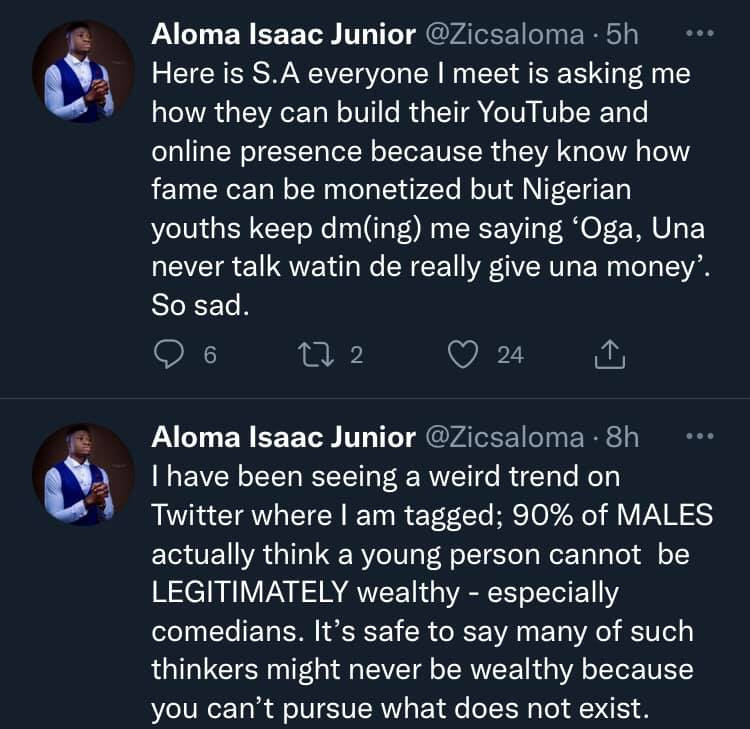