Being A Woman Has Paved Way For Me, Bobrisky

My Boyfriend IMPREGNATED Another lady and was pampering her, but he found out later that he isn’t the father – Lady narrates

BBNaija 2021: Whitemoney, Nini, Saga, others up for eviction this week

BBNaija 2021: Nini given secret task, to leave the house for 24hrs

Confront your girlfriend if she doesn’t spend on you, brokenness is not an excuse – Nigerian Lady

Ronaldo admits he felt ‘so nervous’ ahead of making his dream Man Utd homecoming. Cristiano Ronaldo enjoyed a fairytale start to his Manchester United homecoming after scoring a brace in the victory against Newcastle – but he has admitted to feeling ‘super nervous’ before kick-off.

Superstar Ronaldo, 36, hit the ground running at Old Trafford after sealing his return from Juventus with two strikes, one a poacher’s finish after a rebound and another a powerful drive through the goalkeeper.

Throughout the game, he was serenaded by the crowd, but after the final whistle, he revealed early jitters had set in.

‘When I started the game I was so nervous, I swear,’ Ronaldo told BBC Sport. ‘But I think it was normal because I didn’t expect them to sing my name all game.

‘I was very nervous. Maybe I didn’t show it, but I was. As I said before, the reception is incredible. I’m here to win games, to help the team, and to make the club get where they deserve.’

United moved to the top of the Premier League table after securing the three points, which came after Javier Manquillo’s equaliser threatened to mar Ronaldo’s party. 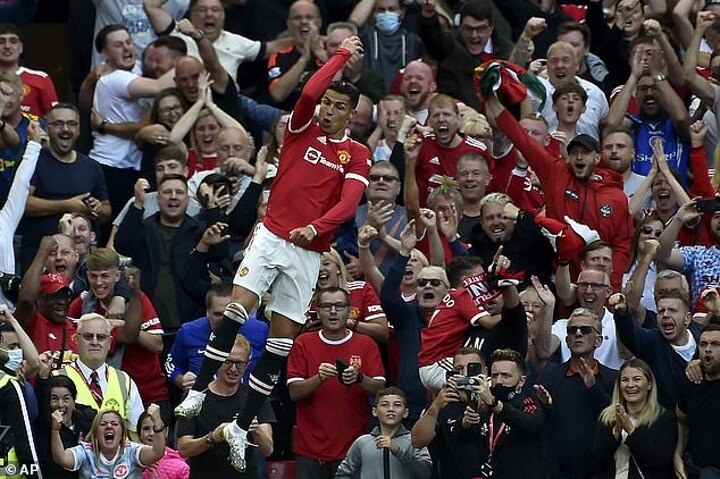 But the veteran ensured he stole the show after dazzling on his second debut, and he has also opened up on his feeling of pride.

Reflecting on his first goal, Ronaldo added: ‘It was an unbelievable moment. I was super nervous.

‘I was thinking last night what I wanted – to play good, to show that I am still capable of helping the team. When I started the game, I was super nervous, they sung my name. This club, it’s unbelievable.

‘I feel so proud. I’m going to give everything to make them proud of me.’ 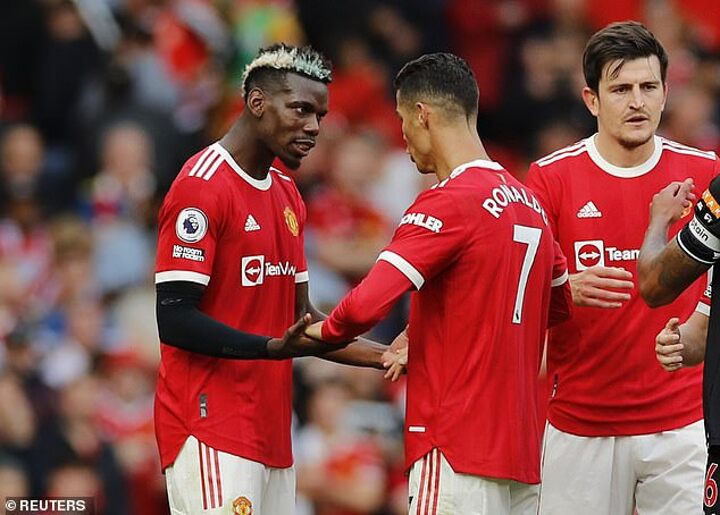 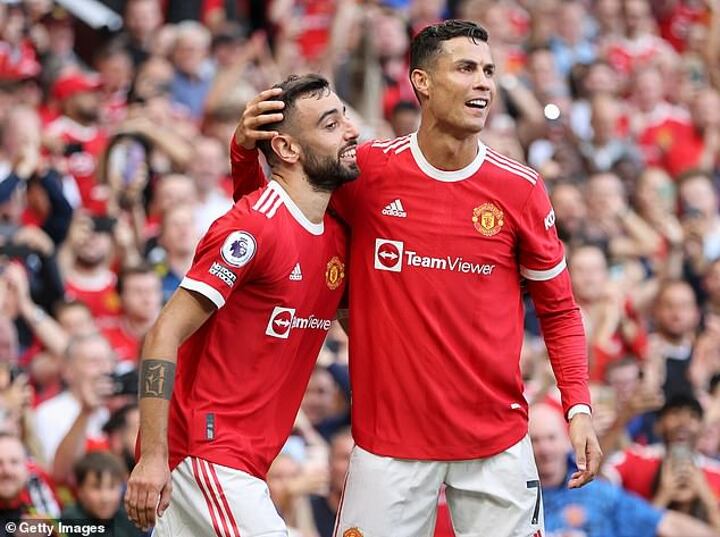 His sights are set high during his second United stint, too, with references to the top-flight and Champions League trophies also dropped in the same interview.

Hailing his team-mates and boss Ole Gunnar Solskjaer, Ronaldo said: ‘We have a fantastic team, a young team, with a fantastic coach.