List Of Buhari Critics Who Have Died Within 8 Months

Does Tony Kill Himself at the End of After Life Season 3?

List Of Buhari Critics Who Have Died Within 8 Months. Four staunch critics of the Muhammadu Buhari-led government have died in the last eight months. Here they are below… 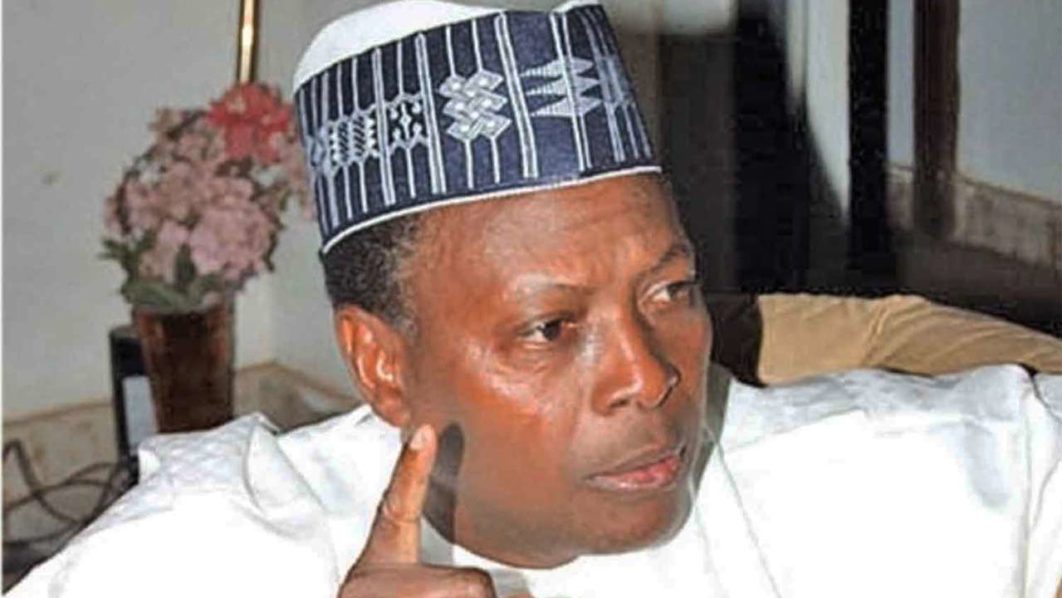 In 2015, Mohammed, who trained as a medical doctor, began to take on the Buhari-led government.

He had in 2016 accused the President of running a government that is based purely on nepotism rather than merit.

The deceased was one of the first Nigerians who stated publicly that the President’s nephew, Mamman Daura, had become the most influential man in Nigeria.

He had said, “The most influential person in the Presidency today is one Mamman Daura who as you know, is a nephew of the President. His father was Buhari’s elder brother.

“In addition, Mamman Daura was the one who singlehandedly brought up Abba Kyari, the current Chief of Staff to the President. In fact, Abba Kyari knows Mamman Daura more than he knows his own father.

“Next, the Personal Assistant to Buhari himself is the son of Mamman Daura, next is what they call SCOP, State Chief of Protocol, and is also a son-in-law to Mamman Daura because he is married to Mamman Daura’s daughter. Next, the minister they unilaterally chose, against the interest of the party and against the wishes of Sokoto people, happens to be the daughter of the younger sister of Mamman Daura’s wife. Both of them are daughters of Sultan Dasuki, who was sacked by General Abacha.

“We have the Aide De Camp to Buhari himself, Colonel Abubakar. He is married to the granddaughter of one of Buhari’s elder sisters. Next, we have the woman who represents Kaduna in the Federal Executive Council, she is a cousin to Kaduna State governor, Nasir el-Rufai. It is well known that el-Rufai is one of the closest governors to Muhammadu Buhari.

“Next, we have the Minister for the Federal Capital Territory. The Minister of the FCT is the man called Musa Bello, who used to be the Managing Director of the Northern Nigeria Development Corporation, which used to be the biggest holding company that belonged to all the northern states. His only qualification to be FCT minister is the fact that his father has been Buhari’s friend over the years.

“Now, there is a young man called Sabiu Yusuf, nicknamed Tunde – probably because of the late General Tunde Idiagbon. He is another PA to President Buhari. He is also a grandson of another sister of Buhari. This is enough to prove to you that this is shamelessly the worst form of nepotism in the history of government in Nigeria. In fact, in the history of Africa, let me make bold to assert that I have never seen any level of nepotism that has equalled or surpassed this in my entire life – I am now in my 67th year.

“Another thing I also want you to know is that, Amina Zakari, who was and still a national commissioner in the Independent National Electoral Commission (INEC) representing the entire seven states in the North-West, it is being claimed that Buhari knows nothing about her appointment (before he became President); it is a lie.

“When President Goodluck Jonathan was re-organising the INEC and he was bringing in Prof. Attahiru Jega, he reached out to Buhari and asked Buhari to nominate somebody from the North-West so that that person would be a national commissioner. Of all the people in the North-West, Buhari decided to nominate his own niece, the daughter of his elder sister- Amina Zakari. She has been there; when Jega left, Buhari was determined to make her chairman, it was because of the massive backlash that he dropped the idea like hot potatoes. As we are talking today, that woman is a national commissioner which means she is one of the principal election umpires. Throughout my reading of history, political science, and social sciences generally, I have never heard of any dictator or any tyrant under any system of government whether totalitarian or fascist, appointing his own niece to conduct elections in which he was either a party or going to be a party to; Buhari has done that. The immediate younger brother to Amina Zakari is currently the Minister for Water Resources representing Jigawa State in the same Buhari government.

“In addition, even though they are from Kazaure, Kazaure is contiguous to Daura. The eldest sister of both of them is now the Commissioner for Education in the All Progressives Congress (APC) government in Jigawa State. If this is not nepotism, then I don’t know what is nepotism and anybody who has the guts, the brutal arrogance to appoint these relations not bothering about public opinion, about the sense of justice, about competence, then you can see that he has a very serious question to answer. There are two mysterious cases.”

A few months later, on April 3, the death of Yinka Odumakin, a human rights activist and critic of the Buhari-led government, was announced.

Odumakin played a key role in the National Democratic Coalition (NADECO) that fought the regime of General Sani Abacha after the annulment of the June 12, 1993 election.
He was also one of the spokespersons of the Southern and Middle Belt Leaders’ Forum (SMBLF), the body representing ethnic nationalities in the South-West, South-South, South-East, and the Middle Belt.

Odumakin, who was married to another activist, Dr. Joe Odumakin, was one of the strongest critics of the present government.

He consistently took on the Buhari-led government over alleged impartiality and favouritism in appointment into various offices.

His voice was also very loud in condemning the activities of killer herdsmen in Yorubaland.

Shortly before his death, he warned the Nigerian government against arresting a Yoruba Nation activist, Sunday Igboho for issuing a quit notice to the Fulani herders in Ibarapa, Oyo State and subsequently ejecting the Sarkin Fulani in Igangan.

Bamgbose in one of the last statements he released before his death told President Buhari to stop sleeping and hold meetings at midnight to tackle the nation’s deteriorating security situation.

Making reference to the recent attack on the Nigeria Defence Academy (NDA), which was carried out around 1 am, he said it was obvious bandits do not sleep, wondering why Nigerian leaders should sleep comfortably while the country is on fire.

He said the bandit attack on NDA, one of Nigeria’s strongest security units, has shown that the criminals have no atom of respect or fear for the Nigerian military.

The senior lawyer further pointed out that due to his constant warnings with no accompanying action, the bandits now have no atom of regard for the President.

In April 2021, the deceased also questioned the morality of Buhari to remain at the Presidential Villa.

Bamgbose claimed Nigerians committed a great blunder electing Buhari in 2015 but those who repeated the mistake in 2019 cannot be forgiven.

The former deputy governor, who was the Presidential candidate of the African Democratic Congress in the 2019 election, was a known government critic and had advocated for public sector and exchange rate reforms.

Mailafia had during a radio programme alleged that repentant Boko Haram members had revealed to him that a serving Northern governor was a commander of the terrorist group.

Early in September, he described the alleged ‘fulanisation’ of Nigeria as real, just as he disclosed that there was an ongoing plot by Buhari’s administration to foist an alleged Fulani and Islamic agenda on Nigerians.

“In the North East alone, more than 3,000 churches have been destroyed, more than 400 priests and pastors have been killed. Last year, the CAN (Christian Association of Nigeria) chairman of Adamawa was beheaded, even after a ransom was paid. We have been told that they are so-called bandits, who should not be called bandits because bandits do not bring down military aircraft.

“We are being told that these terrorists are part of the insurgency because they did these kidnappings to raise money in order to fund the insurgency.”

Mailafia was born on December 24, 1956, in the Sanga Local Government Area of Kaduna State.

He later graduated top of his class at Ahmadu Bello University, Zaria, in 1978 with a B.Sc.

Mailafia was appointed deputy governor of CBN in 2005 from the African Development Bank (AfDB) where he served as the chief economist responsible for Strategic Planning and Corporate Reporting.