"You're a fool" Rapper, Vector tells those accusing him of mocking Dare Adeboye's death with his tweet

‘Nobody Can Breaks My Heart, I do the Breaking’ – Ghanaian Actress Nadia Buari Says (WATCH VIDEO)

"This is insensitive" Rapper, Vector, called out for tweet he shared in the wake of Pastor Dare Adeboye's death

The war between Idris Okuneye, popularly known as Bobrisky, and actress Halima Abubakar is still ongoing as Halima backfires at Bob for responding to her call-out. Recall that the actress has shared conversations between her and the male barbie, Bobriskywhere it was seen that Bobrisky erred by raining insults on her for blocking him on Instagram. 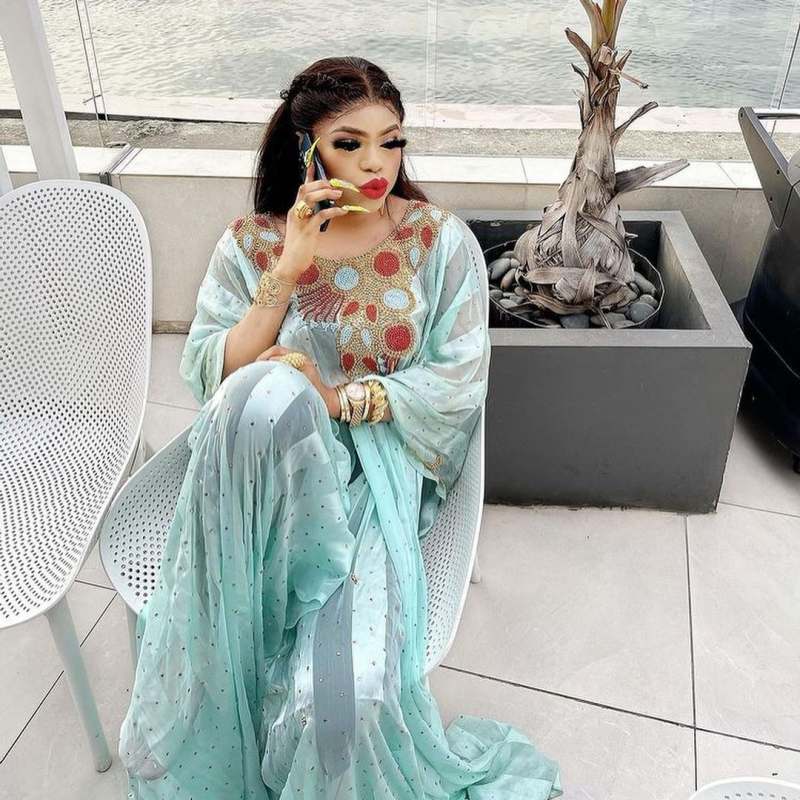 Although Bob acknowledged his mistake and apologized immediately, Halima is not smiling at him since she has to open up the past event of 2019 in the year 2021.

Halima in her new post has called Bob a fool and laid curses on him.

Here’s what she posted

READ   Trump claims he “could be canceled like Piers Morgan” if he talks about Meghan Markle’s Interview, but says she's "no good"

“You are a fool. Idris ogun loma pa!! Idris maggot go eat you!! Idris it will never be well with you. YOU ANGRY COS I DID NOT ATTEND UR BDAY!! I HELPED YOU TILL YOUR DAY. I HELPED YOU READ AND ENCOURAGE YOU:
IDRIS YOU SAID ITONTO TOLD YOU I COULD NOT PAY HER HOTEL.
YOU TOLD ME TOYIN ABRAHAM WAS A FAN !!
I BLOCKED YOU:BASTARD LIKE YOU. MOUTH AS SMELLING AS DOG SHIT.
GOD REMOVE THOSE MAKEUP
BOB FREE YOU PENIS !! BOB FREE YOU BALLS BOB YOU EVIL.PIECE OF SHIT
I’M TOO MATURE TO LIE.FREAK
YOU ARE NOTTING !! RELEASE UR GBOLA BODA POOR GBOLA .WETIN I OWN YOU?” 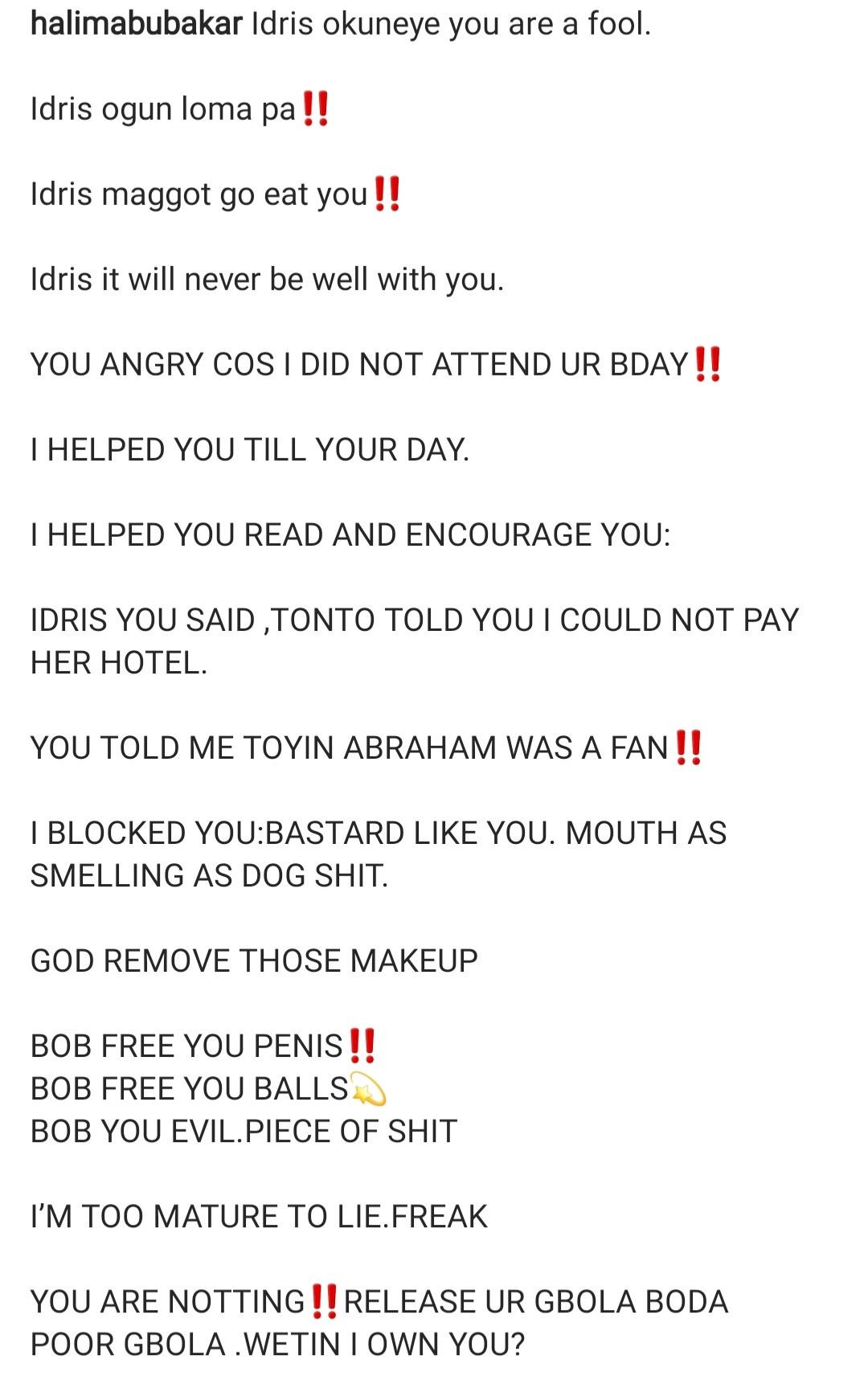 READ   “I’m warning you MC” – Groom says as he turns down request to dance on his wedding day (Video)
Source:  www.pressinformant.com
Related Topics:
Up Next